In the 1940’s Clonee GAA trained close to their current pitch in fields around the Fir Tree Crossroads but soon after this the club broke up. 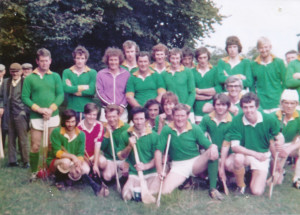 Around 1972 Garrett Rooney, Stevie Earle, Tom O’ Leary and Frank Kinsella discussed re-establishing the club. Meetings were held in the old school in Ballyduff with Tommy Browne elected as Chairman and Tom O’ Leary elected as Club Secretary. The old green and gold jerseys were resurrected and used again as there were no others available. They had been stored for years in a brown leather suitcase and they were in a bad state. After a time Jack McDonald of The Parkside came to the rescue and donated a new set of jerseys to the club.

Clonee made an appearance in the Gorey District Hurling Final in 1976 but it would be 1979 before  they won their first Gorey District Junior title versus St. Pat’s, Camolin in St. Enda’s Park Gorey. Clonee did not have their own pitch until the present pitch came up for sale in 1978 and the land was bought from the land commission. Many of the club members worked voluntariy to level the pitch, build the dressing rooms and put in the car park. 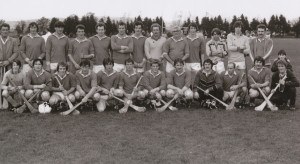 Then in 1984 came the first big success when Clonee GAA won the County Hurling Final in a replay against the Duffry Rovers.

Success came again for Clonee GAA club in 2009 & 2010 with back to back wins against Ferns St. Aidan’s in the Gorey District Junior D football championship finals. 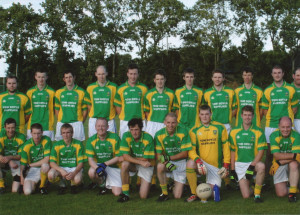 A major club development took place in 2010 with the construction of the new complex which included dressing rooms, meeting rooms plus an indoor training area upstairs. The new facilities benefit not just the club but also the rest of the community. The new development cost in the region of €150,000 with most of the funding provided from Club resources as well as a development grant from the National Lottery of €50,000.

Under-8 and Under-10 underage training began in 2010 with the aim of training these age groups  all the way up through the ranks to provide skilled players for the senior teams and the hope of continued success in the future for the club.

This short club history is summarised from articles that were first published in the Ballyduff Journal 2010.